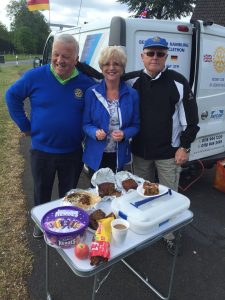 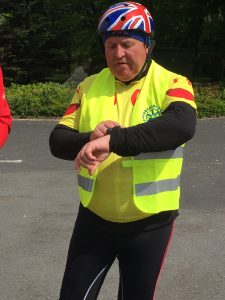 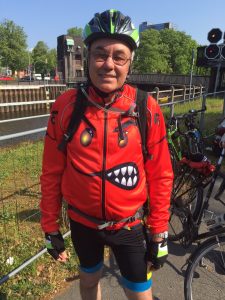 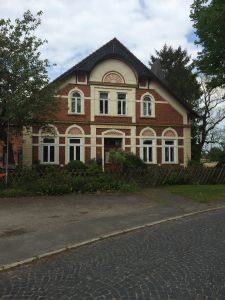 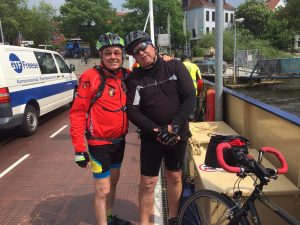 Jeremy Spurr (aka the sore one) writes:

Another day over and a further 65 miles nearer Hamburg. I have only one really important thing to tell you and that is my bum really hurts. Yes I said bum and I make no apology. The weather was good and there was sun and we were warm! Bernhard led our intrepid band of six cyclists through the countryside. John was disappointed not to see any goats and I am slightly worried by Paul and he has become somewhat obsessed with Japanese Knotweed. He first thought he saw some in Holland two days ago but he has become increasingly excited by frequent discoveries of Knotweed all along the route. I am worried about him. Meanwhile, I have sadly been disappointed in my quest for neatly manicured potato fields…

We had a coffee and cake stop at around 11 and pressed on towards the industrial city of Bremen. By now my derrière felt bad, I mean bad, like 7/10 bad when 10 is the worst piles you have ever had. It’s difficult to look for neatly manicured potato fields and goats and Japanese Knotweed when all you can hear is a voice in you head saying “bum hurting” I know you don’t want know this but I want you to experience the full emotional and physical journey that I am undertaking. Are you with me on this?

For those of you who are not regular long distance cyclists I would like you to go upstairs now, sit on the side on the bath with one leg in an ice cold bath and the other on the floor. Turn on the hairdryer full blast on cold and hold 1 foot from face, every hour turn shower on and direct cold water all over body and finally bump your bum up and down on the hard edge of the bath at least once a minute. Do this for 2 hours. Have coffee and eat cake and then return to bathroom for total 5 to 7 hours. It’s fun.

Gerhard’s Garmin navigation device had a nervous breakdown and took us through a sandy dirt path, across a farm road and then through a ploughed up farm road until we arrived at a 15 foot barrier of sand across the path. “Carry on” says Gerhard, “I want cake says John”, wot no Japanese Knotweed says Paul, “my bum hurts” said Jeremy.

Life on the road is never boring.

Remember, it’s still not too late to donate! To support the cyclists’ gallant efforts in fundraising for two very worthwhile charities, all you have to do is click on the Just Giving link here